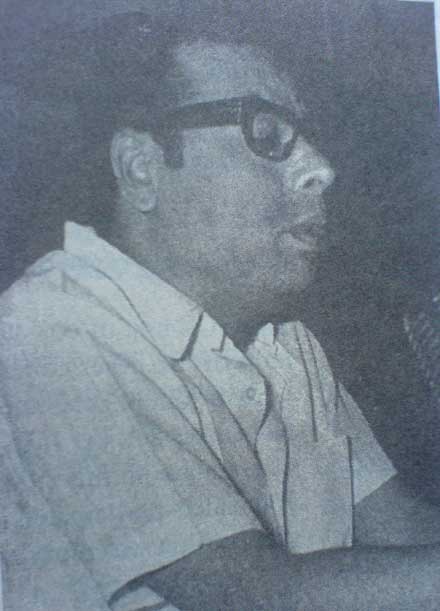 Born on March 25 1928. Scion of a famous royal family but later joined the communist movement and fought against discrimination on the basis of caste religion and creed which was prevalent in Kerala during that period. Though basically a poet he became well known as a lyricist writing inumerable golden melodies for Malayalam cinema. His son Vayalar sarath chandra varma is a leading malayalam song lyricist... .

He has penned about 2300 songs for over 238 malayalam films. Has also wrote drama songs for the famous drama company K P A C. He is considered a legend in the field of malayalam film song writing in Kerala. He has produced a number of hit songs with music directors like Devarajan (with whom he has a world record for associating with a music director in 134 films),M S baburaj, V Dakshina murthy, M K arjunan, R K sekhar Salil chowdhary, M B sreenivasan, K raghavan, B A chidambaranath, MS Viswanathan, LPR Varma, K J yesudas, Joseph krishna, sankar ganesh, R sudarshanam, V S diwaker, Brother Lakshman, Lakshmikant Pyarelal, A M Raja, shyam, kannur rajan an K J Joy. he also associated with singers like yesudas, Jayachandran, P suseela, P leela etc . . .

There is a raging controversy regarding the death of vayalar during recent days. poet Ezhachery Ramachandran has disclosed that vayalar died at the medical college hospital trivandrum because he was given the wrong group of blood. but this has not been proved by anyone. The Vayalar Award has been instituted in his name.w
Filmography of vayalar rama varma old malayalam film songs list (List of films for which vayalar rama varma wrote lyrics)
Songs arranged by singers and music directors compilation in progress..... .